In accordance with FHWA standard, Micropile is a pile with diameter less than 300 millimeter that consist of metallic pipe (perforated pipe), rebar reinforcement, grouting in soil and upper connection.

As noted in “geotechnics and soil improvement” section, usage of micropile is one of the soil improvement methods in dealing with problematic soils such as low bearing capacity, high settlement capability, and liquefiable soils.

According to history and numerous successful experiences,ASACO engineering company is one of the pioneer companies in the field of consulting, design, construction and monitoring of micropile method all over the country. Also, in accordance with complete explanation of micropile construction method in the following, this company is able to produce and sell micropile pipe (perforate pipe, micropile casing, plain pipe or pioneer pipe) that is one of the main materials in this method.

The range of micropile applications, has expanded greatly in recent years. Generally, construction of micropile is used in two main parts: 1) structural support and 2) in-situ reinforcement.

The range of micropile applications is explained in the chart below. 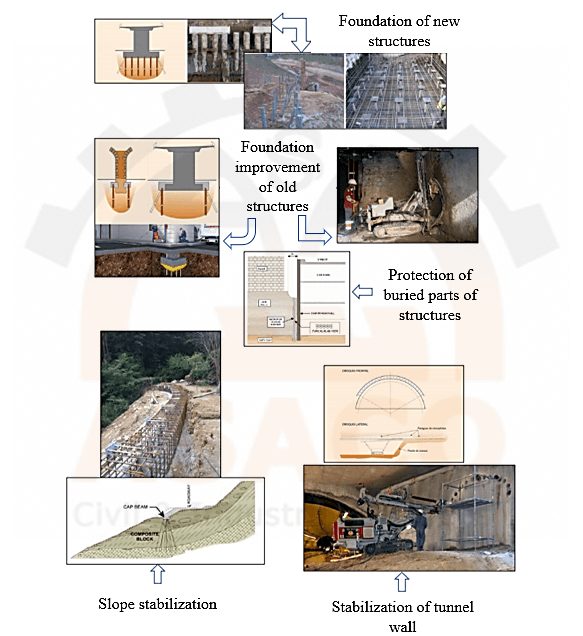 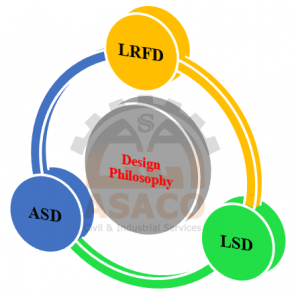 In the structural design, the bearing capacity of micropile elements containing steel casing, rebar reinforcement (or relevant rod) and grouting is calculated. This capacity should be greater than applied load to the micropile with a suitable safety factor.

In the final step of design, according to this fact that micropiles have high concentrated load and small diameter, cone shear is possible due to applied overburdens. therefore, cone shear resistance control which leads to a suitable flange design is performed. Also, at this stage, it is essential to consider necessary measures about corrosion control and corrosion prediction of steel elements and grout.

The main reference of micropile design and construction is FHWA standard. Dear visitor, you can download the latest version of this publication here.

The Micropile Design approach can be based on one of the SLD or LFD methods. Also, in all design methods due to uncertainty of loads and strength of structural and geotechnical materials (due to random and unpredictable nature) A series of safety factors are applied according to the FHWA guidelines.

Experts of ASACO in order to design micropiles in various projects, in addition to utilize technical knowledge and control calculations manually, use structural and geotechnical engineering softwares. The most important usable softwares in micropile design are presented in the picture below. 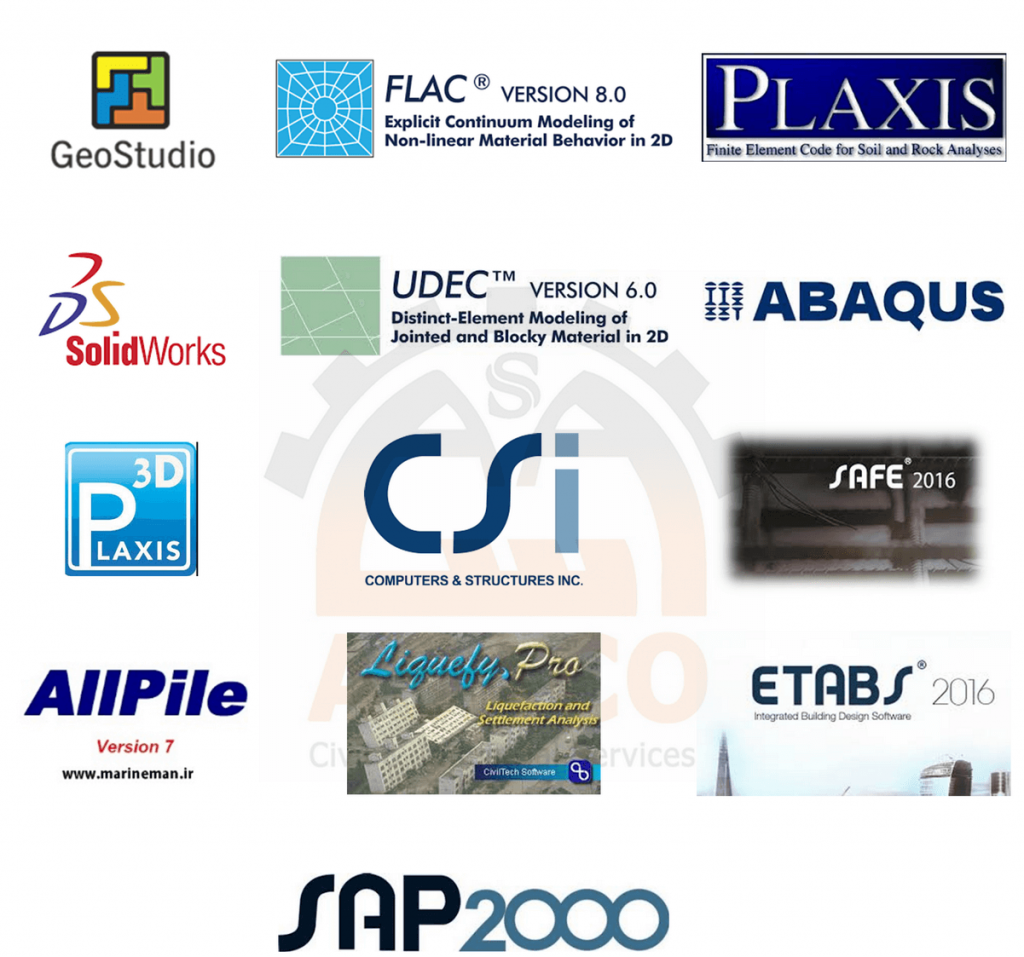 In every civil project in different industries such as petroleum, petrochemical, gas, road and railway, electricity, steel and building, after construction of project and during operation due to changing condition or long-term weakness of soil, problems such as settlement, cracking and even destruction of structure may occur.

Absolutely, methods such as destruction of whole structure and reconstruction of structure and facilities are not cost-effective. Therefore, new methods of soil improvement and settlement control such as micropile should be used. Micropile method consists of four stages of drilling, pipe driving, grouting, reinforcement and flange installation.

ASACO with its modern equipment and machinery and also, experienced experts, is one of the micropile construction companies in country that operates according to modern world standards as shown below. Click to view movie.

In order to create minimum amount of sensitivity in the foundation of old structures and also due to existence of flooring or stone layers, it’s not possible to drive the pipes into the ground and drilling operations must be done at the design depth. After passing the rock layer, it’s possible to drive the pipe to reach the desired depth. Pipe driving is done in such a way that first, sharp pipe is driven in considered point and then next pipe connects to end of first pipe and this process continues until reach to desired depth. 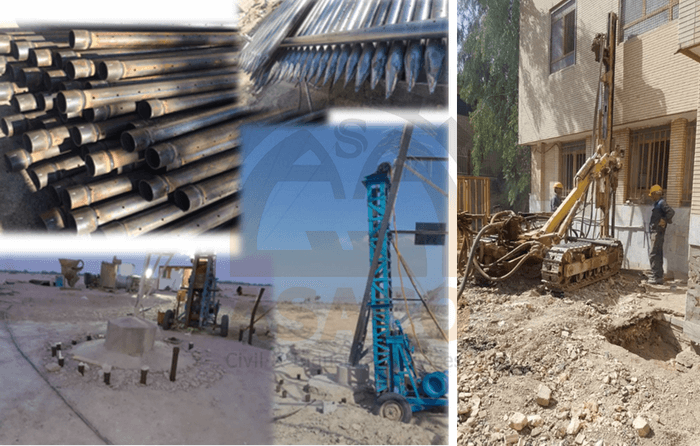 After driving or drilling pipes, grouting should be done. Cement grout is injected into the soil by high pressure through the mesh wall of micropile pipe. cement injection in soil can improve resistive and mechanical properties of soil and also reduce the settlement. 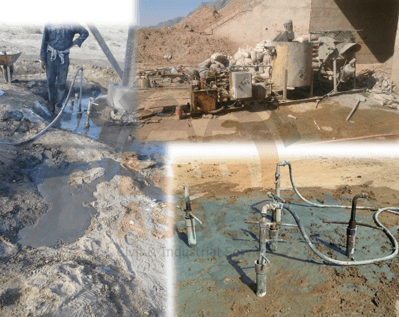 After grouting, installation of rebar should be done. According to design, existing conditions and project requirements, if the purpose of micropile construction is in-situ reinforcement, no rebar is required and grouting is enough. After rebar installation, in order to create complete connection between micropile and concrete of foundation, plate should be screwed or welded to rebar reinforcement. 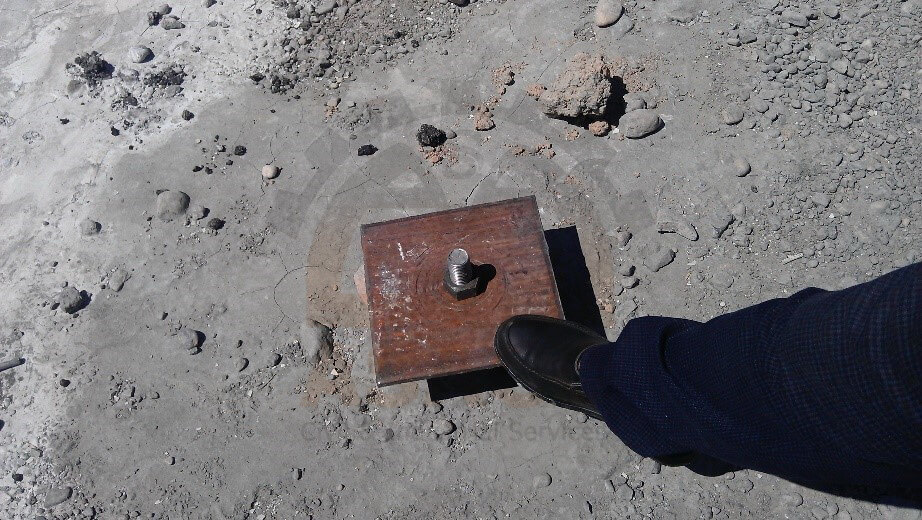 Our company is one of the pioneer companies in use of micropiles in road improvement, landslide control, settlement control of railway, prevention of erosion and collapse of transmission towers, settlement control and soil improvement in construction and industrial projects. For more information refer to the projects section.

Production and sale of micropile pipe 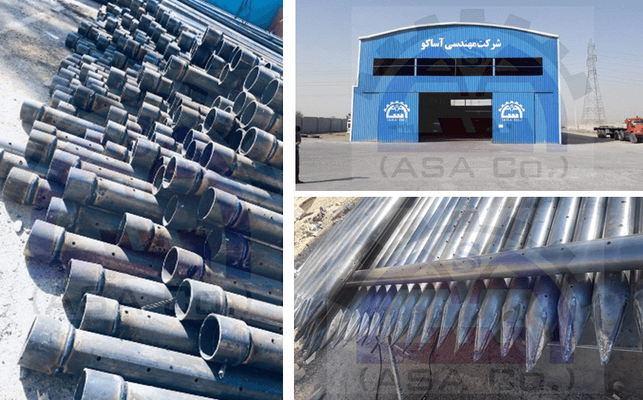 In order to obtain required information about how to order and sales price of perforated pipes (micropile pipe) you can connect our colleagues in this field via “contact us” section. We have readiness to supply your required materials and equipment in the shortest time possible while answering your questions. 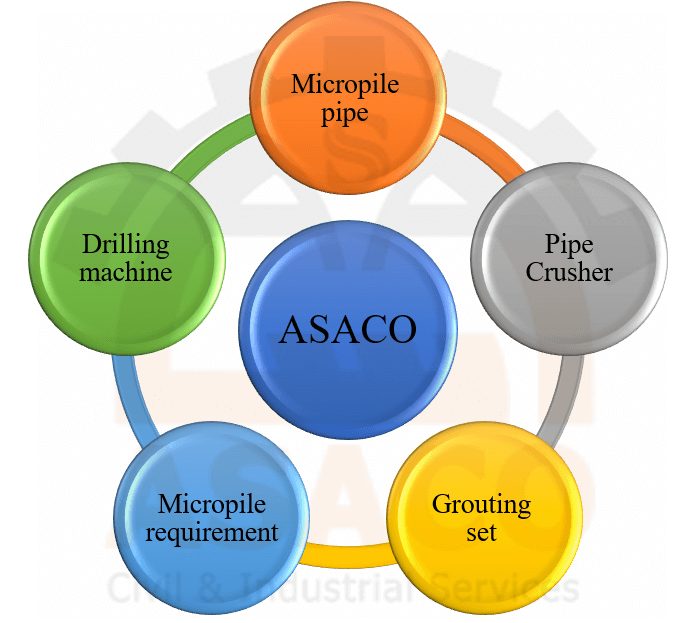 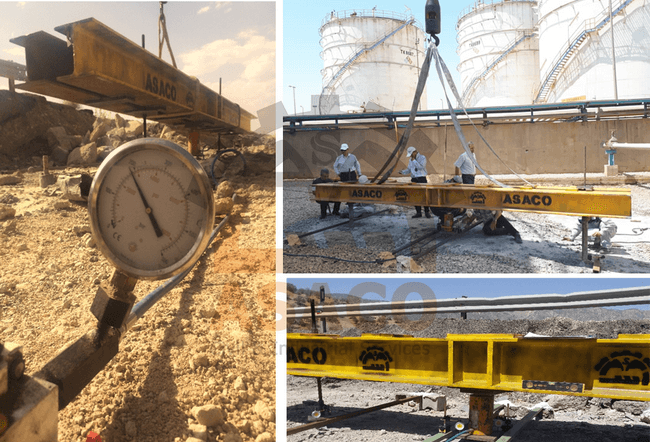