The petrochemical industry is concerned with the production and trade of petrochemicals. It directly interfaces with the petroleum industry, especially the downstream sector. A major part is constituted by the plastics (polymer) industry.

Nowadays, petroleum products play a valuable role in providing many of the components needed to build vehicles, in addition to vehicles fuel, motor oil, etc. Petroleum products are essential for fueling guided missiles, spacecraft and satellites, and even for manufacturing many of their internal components. The raw material of most drugs and even antibiotics is derived from petroleum compounds.

The petrochemical industry is part of the chemical industry that produces chemical products from raw materials derived from petroleum or natural gas. Prior to the introduction of oil into the modern concept of human life, the required chemicals were obtained through the transformation of the animal and plant industries. But in the early twentieth century, crude oil and natural gas have become increasingly important as the raw material for many of the compounds needed by humans.

Oil and its derivatives play a vital role not only in meeting human needs for fuel, energy and fiber, but also in the emergence and development of various industries, some of which are: 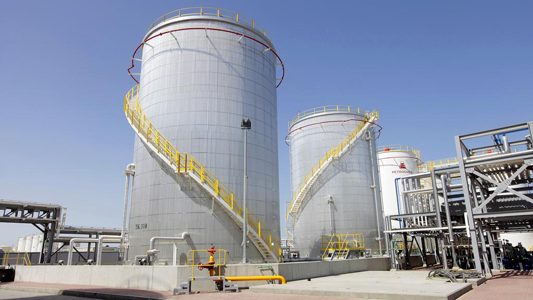 For example, a hydrocarbon containing 5 carbon atoms can form more than four billion isomers of hydrocarbons. In addition, since the crude oil content of the hydrocarbons is also abundant in the crude oil, the number of compounds present in it is extremely large and varied. This diversity is further enhanced by the incorporation of other atoms such as sulfur, nitrogen and oxygen in the hydrocarbon chains.

The major constituents in crude oil are: saturated hydrocarbons of the general formula CnH2n + 2, cyclic saturated hydrocarbons of the general formula CnH2n, or so-called unsaturated ethylene and acetylene hydrocarbons. The higher the percentage of oil constituents at lower temperatures, the higher their quality. Natural gas is the gaseous part of the petroleum material that is present in the underground reservoirs with crude oil or is obtained from the distillation of crude oil below 200C. Natural gases are a natural mixture of our gases (about 5% bulk) with propane, butane, carbon monoxide, and hydrogen (synthetic gas) along with some soot.

Its major use in non-industrial countries is as a fuel, but in industrialized countries it is very useful and indispensable in the manufacture of many chemical and industrial products. 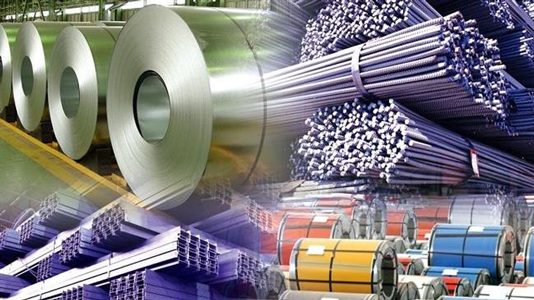 Steel is an alloy of iron and carbon, and sometimes other elements. Because of its high tensile strength and low cost, it is a major component used in buildings, infrastructure, tools, ships, automobiles, machines, appliances, and weapons.

Iron is the base metal of steel. Iron is able to take on two crystalline forms (allotropic forms), body centered cubic and face centered cubic, depending on its temperature. In the body-centered cubic arrangement, there is an iron atom in the center and eight atoms at the vertices of each cubic unit cell; in the face-centered cubic, there is one atom at the center of each of the six faces of the cubic unit cell and eight atoms at its vertices. It is the interaction of the allotropes of iron with the alloying elements, primarily carbon, that gives steel and cast iron their range of unique properties. 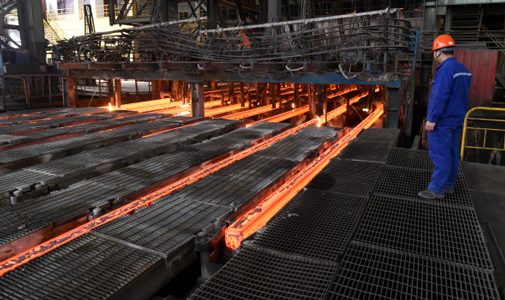 The noun steel originates from the Proto-Germanic adjective stahliją or stakhlijan (made of steel), which is related to stahlaz or stahliją (standing firm).[1]

The carbon content of steel is between 0.002% and 2.14% by weight for plain iron–carbon alloys.[2] These values vary depending on alloying elements such as manganese, chromium, nickel, tungsten, and so on. In contrast, cast iron does undergo eutectic reaction. Too little carbon content leaves (pure) iron quite soft, ductile, and weak. Carbon contents higher than those of steel make a brittle alloy commonly called pig iron. While iron alloyed with carbon is called carbon steel, alloy steel is steel to which other alloying elements have been intentionally added to modify the characteristics of steel. Common alloying elements include: manganese, nickel, chromium, molybdenum, boron, titanium, vanadium, tungsten, cobalt, and niobium.[3] Additional elements, most frequently considered undesirable, are also important in steel: phosphorus, sulfur, silicon, and traces of oxygen, nitrogen, and copper.

Plain carbon-iron alloys with a higher than 2.1% carbon content are known as cast iron. With modern steelmaking techniques such as powder metal forming, it is possible to make very high-carbon (and other alloy material) steels, but such are not common. Cast iron is not malleable even when hot, but it can be formed by casting as it has a lower melting point than steel and good castability properties.[3] Certain compositions of cast iron, while retaining the economies of melting and casting, can be heat treated after casting to make malleable iron or ductile iron objects. Steel is distinguishable from wrought iron (now largely obsolete), which may contain a small amount of carbon but large amounts of slag.

The electric power industry covers the generation, transmission, distribution and sale of electric power to the general public and industry. The commercial distribution of electric power started in 1882 when electricity was produced for electric lighting. In the 1880s and 1890s, growing economic and safety concerns lead to the regulation of the industry. What was once an expensive novelty limited to the most densely populated areas, reliable and economical electric power has become an essential aspect for normal operation of all elements of developed economies. 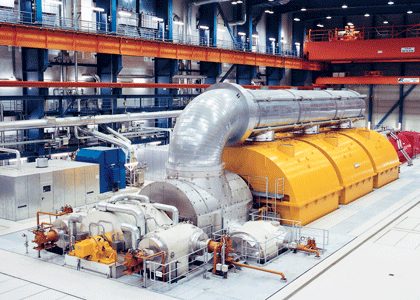 The nature and state of market reform of the electricity market often determines whether electric companies are able to be involved in just some of these processes without having to own the entire infrastructure, or citizens choose which components of infrastructure to patronise. In countries where electricity provision is deregulated, end-users of electricity may opt for more costly green electricity. 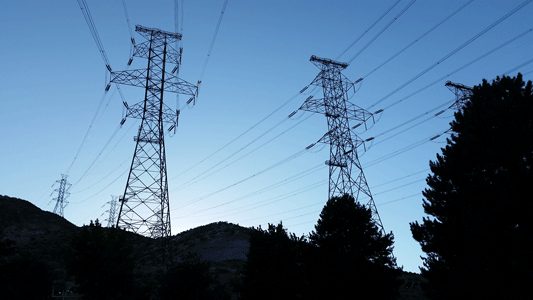 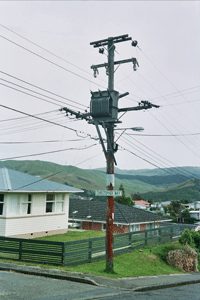 Electricity retailing is the final sale of electricity from generation to the end-use consumer..

By increasing the freight exchanges, including human and freight transport, the importance of railways is more than before. Since railroads make a significant contribution to the economic momentum of  country, the sustainability and optimal use of the infrastructure of this pipeline is of great importance. Railroad embankments actually provide the bedrock for the development of train tracks and hence the design and construction process of these embankments requires specific criteria, underlying railway lines in transport safety and the large roughness in the longitudinal profile of the long embankment stabilization path.

Railway embankment is particularly important in ensuring the quality of the lanes to meet the standards required for safe and comfortable trains. Railway bedding issues arise in different ways, either existing or new. On the one hand, in new directions, the bed design is subject to predicted loads (axial load), traverse type and ballast thickness. On the other hand, in existing routes, new rail networks policies, higher speeds, higher axle loads, increase bed tensions. In the existing paths, the lower surface is below the upper and the upper surface of the bed constitutes a compact and dense area that must be manipulated as much as possible, and the ability to manipulate the bed is very low. Any manipulation of the bed should be limited to surfaces where there are specific problems, and should be planned as far as possible during routine line repairs. Deciding whether to enhance or enhance thickness is a matter of technical and economic scrutiny, and it is difficult to determine in advance. 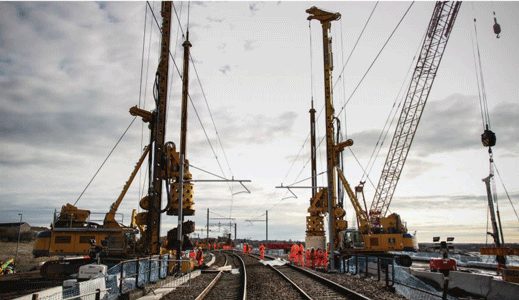 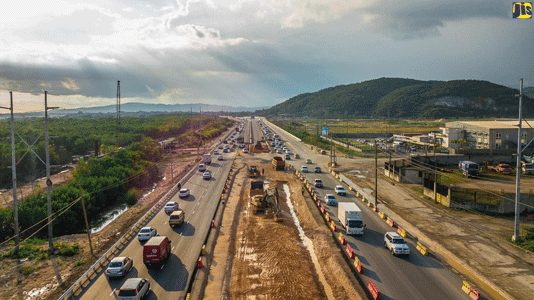 The history of the invention of the micropiles goes back to the early 1950s, when Europe was faced with a huge flood of buildings destroyed by World War II-era injuries. During this period, it was imperative to develop a platform refurbishment method that was both efficient and applicable to demolished, fast, and economical buildings. At the beginning, the use of small piles was only focused on improving the weak substrates of buildings. But gradually, with the development and application of this method in different countries, their application to other areas of geotechnical engineering such as slope stabilization, anti-lubrication, and so on. Among the various soil remediation methods to stabilize the rail line bed that allow for the modification of the rail lines in use, the use of rock columns in clay and silicate beds, deep soil exchange, high-pressure slurry injection, and The piles are pointed individually and in groups. Among the studies carried out, the use of micropiles for improvement in studies and railway projects to stabilize the road bed against breakage, as well as control of their subsidence under operating and environmental loads is of particular importance. 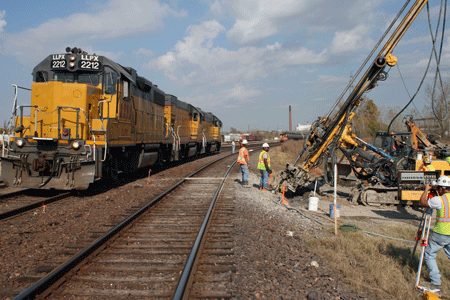 to be done later