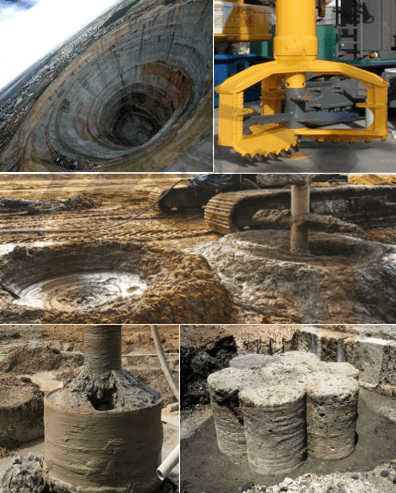 The amount of cementitious material in deep soil mixing method depends on initial moisture content of the soil around. The researches show that deep soil mixing lead to improvement of soil mechanical properties such as compression resistance, stiffness, elasticity modulus and consolidation behavior of soil.

The design and construction of this method is according to simple principles but its performance depends on the quality of construction that this requires the contractor experience and also machinery and specific equipment.

ASACO with modern equipment and facilities is one of the pioneer companies in design and construction field of DSM method throughout the country.

The additive cementitious material is combined with water in desired proportion and then the grout is mixed with soil to desired depth by special equipment.

In dry method the additive material is mixing with soil in dry form. This method is possible just in soils which have enough moisture for chemical reactions between adhesive particles, soil particles and underground water. The advantages of this method include the stabilization of very weak soils in deep sediments. The diameter of columns in this method varies between 60 to 80 centimeter and the depth could be over 25 meters. 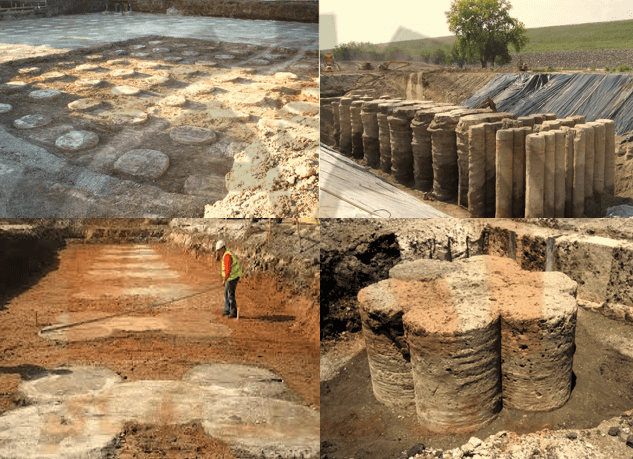 Also, in this method depending on soil improvement purpose, soil columns are placed in single, panel, block, stabilized network.

necessary equipment for this method includes constant or moving tank to keep and mix cementitious material, feeding machine and drilling rig and Also mixing tools includes single or multiple drilling rods with the drill at the end and horizontal blades along it.

The composition and volume of grout is different According to soil properties and also amount of required bearing and sealing. By adding different components to grout, its resistance parameter will change. For example, addition of bentonite to increase grout hardness and also addition of steel elements increases flexural capacity of DSM columns.

Deep soil mixing is one of the soil improvement methods that is compatible to environment similar to stone column method. The soil obtained by this method, has a higher resistance and density and lower permeability. In generall, applications of this method include the following:

According to researches, the amount of using this method in different applications is shown in the picture below: 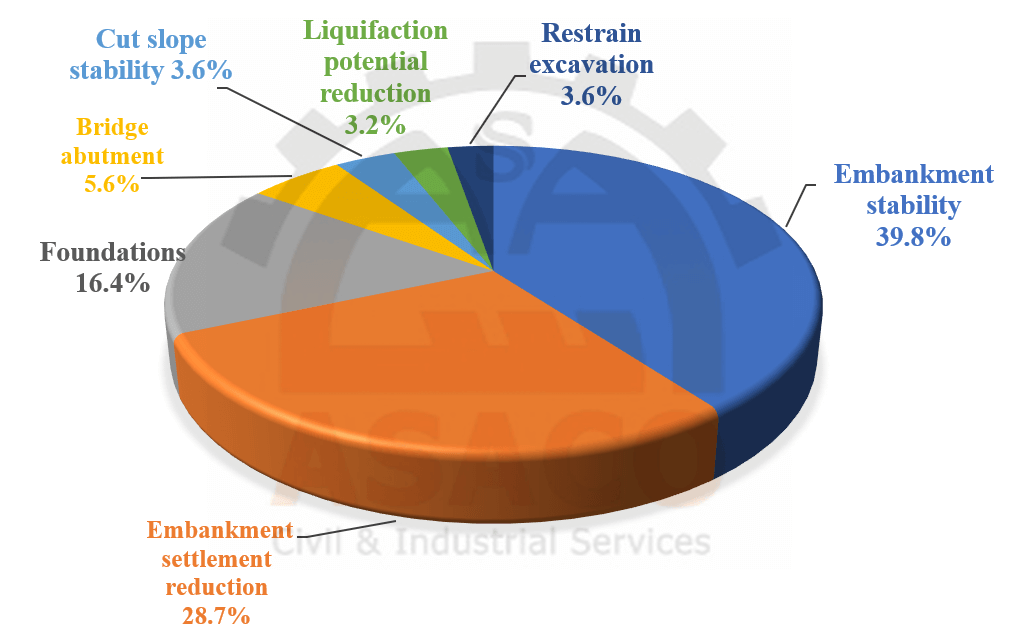 Design Considerations in the DSM method

Deep soil mixing design includes evaluation and selection of improved soil parameters and also pattern and dimensions of columns. Expected compressive resistance of soil is usually selected according to physical and chemical properties of improved soil, groundwater conditions, type and amount of cement and other  relevant charecteristics such as water to cement ratio.

Soil improvement with this method, increase the soil quality and improve its mechanical and resistance parameters. This method is effective for reduction of liquefaction potential in seismic area. In general, advantages of this method are shown in the following: 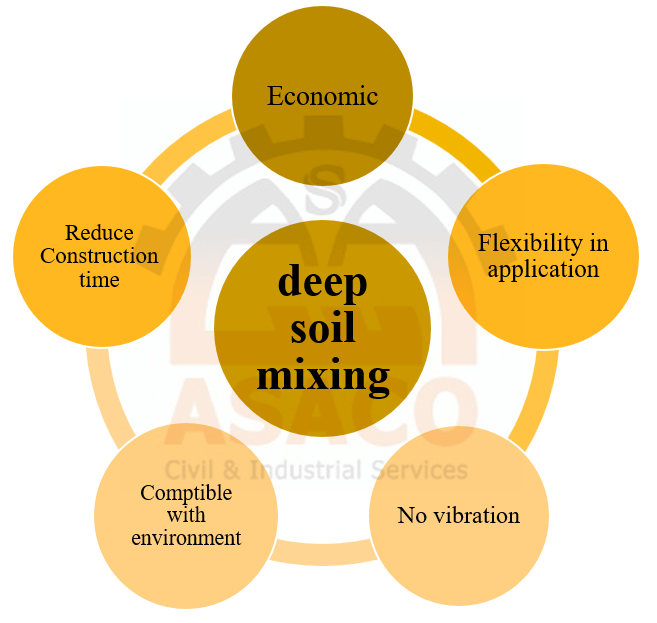